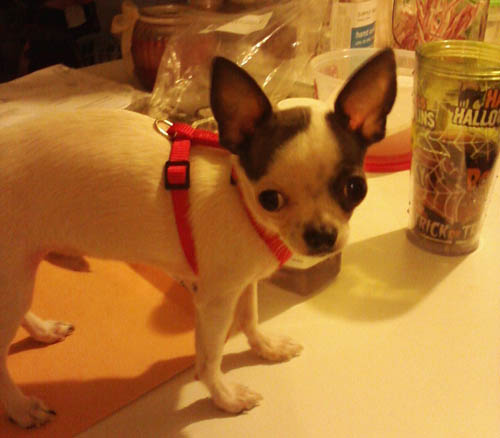 Bandit was very special to all that met him. Those who met him loved him, but no one more than I did. He was my heart and still is. I taught him to play fetch but wouldn’t play with anyone but his ma–ma!

If he was ready to play he would come to me and just stand there and then turn around and walk to the living room. That was my clue that it was HIS turn for some attention. When he was ready to go to bed, he would do the same thing — except he would head to the bedroom (because he slept with me). 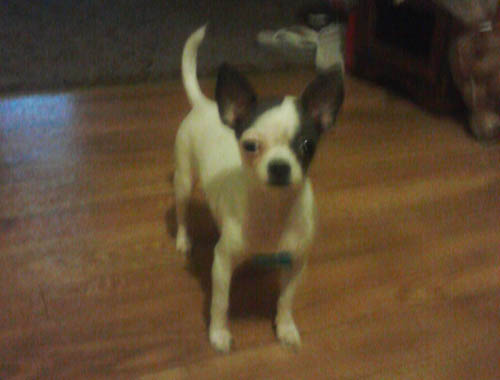 On Monday, I was away from home and my husband called and told me to get home, that something was wrong with Bandit. He was barely breathing, his little heart barely beating but when I left home, he was running around in the front yard.

When I got to him, I took him in my arms and he gave me kisses. I guess he was telling me goodbye. On the way to the vet, he stopped breathing and I stopped the truck and roused him to get him breathing again.

He was so cold. The vet checked him in and did bloodwork and told me that his kidney’s were failing and even the medicine that they had given him to speed up his heart had had no effect.

They put him on oxygen, but again no effect. The vet said that she had concerns that he would even make it til the end of the business day and that her recommendation was to end his suffering. She assured me that he WAS suffering and that I would be doing him an injustice NOT to euthanize him.

So I signed the papers. Never before have I made such a heart-wrenching decision. I talked to him as I held him, and told him how much I love him.

You brought such joy and love in to my life, I can not thank you enough. You are still the light and love of my life. Words cannot describe the depth of my love for you or the pain and emptiness inside that I feel.

I can only hope that you enjoyed your time with me as much as I enjoyed my time with you!!!!!