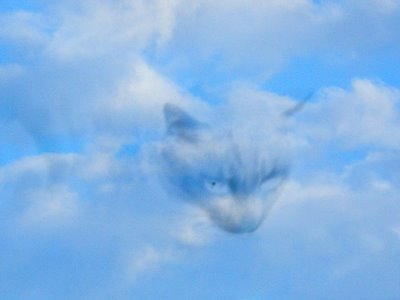 Rocky passed away as a result of an auto accident in Leiper’s Fork, TN, where he was also born.

He was abandoned on our farm at three weeks of age, and was then adopted by his human parents.

Rocky was feral and starving, but was quickly tamed and fattened. He was named Rocky because he would play (claws in) by standing on his hind legs and then boxing, not unlike Rocky Balboa.

The veterinarian diagnosed Rocky as FIV positive, which meant isolation in the cabin for the first six months of his life.

Last September he was retested and found to be negative. Rocky then joined his family, and lived very happily for one year.

Rocky was good natured and loved to play, and he got along with everyone. He was a special gift, but was only able to be part of our lives for a short time.

He was here to teach us to love others unconditionally as he did.

His passing will be grieved by his human parents who loved him deeply.

Also surviving are his feline hero and mentor, Mico, and his brothers Zac, Macke, and Simba.

He takes a little piece of each of our hearts with him.

Rest in peace, Rocky, and run free with no worry about coyotes or hunger.