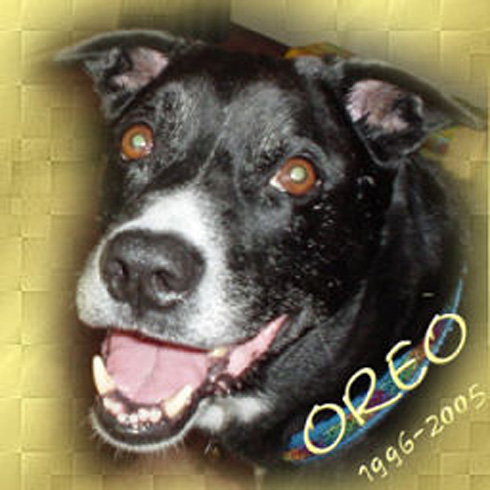 Oreo (Labrador Retriever mix) was a special dog. He had his quirks and many would have given up on him.

He was however the most loyal and devoted dog to the people he knew. Once he knew you, you were in for life.

He was always very special. He was so dear to me, I called him Oreo my heart.

A few months before his death, he started deteriorating but the vet never would find a cause. Turns out Oreo had brain cancer and once it came, he got sick fast.

I always said I would say good bye if his quality of life was gone. The day we took him to get euthanized, I knew it was time.

On the way to the vet, he had seizures and the vet said there was nothing they could do. We said good bye and as he stepped into eternity, we were there.

Might sound crazy but I feel his presence sometimes as if he stops by to check in.

I know one day we will be together again.