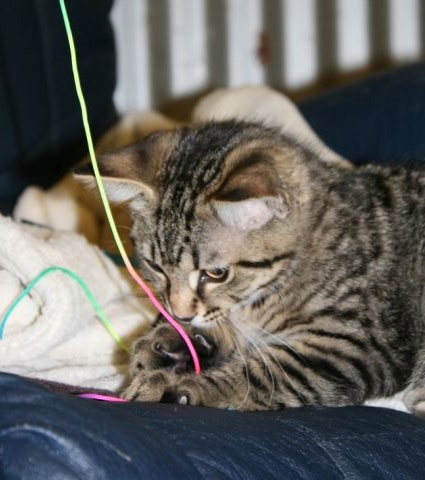 Pegs was a sweetheart of a cat and named after my mother, Peggy. She showed up on our back doorstep on a cold October night. She sat, looking in the glass door meowing for someone to notice her.

We gave her a bowl of milk and she stuck around after that. Pegs was apparently already spayed and declawed, so she obviously belonged to someone. We knew that her time with us would just be temporary until we found her owner.

No one ever claimed her so as the weather got colder she made it into the garage, then the basement, and finally up into the rest of the house, as well as our hearts.

I was never really a “cat person”, I love all animals but I had never had a cat and was not too sure about them. Pegs quickly changed my mind on that matter. It took her some time to warm up to people, but once she warmed up to me, she quickly became my best buddy.

She would follow me around the house and was very much a lap cat. The second I sat down to watch TV she would come running from anywhere to join me.

We were blessed to have Pegs for 13 years and where ever she came from 13 years ago, they missed out on one very special cat.